US Warship Destroyed Iran Drone Near Strait of Hormuz  | Rigzone 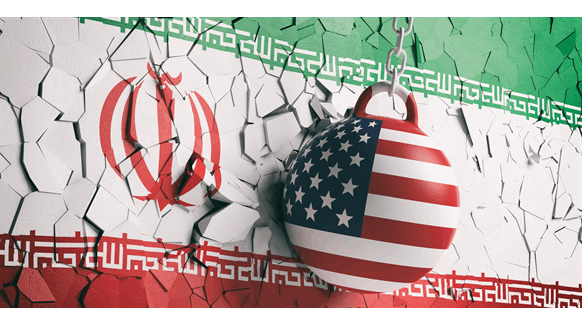 Trump said the U.S. “immediately destroyed” an Iranian drone that approached the USS Boxer near the Strait of Hormuz, the latest sign of escalating military tensions around the critical oil chokepoint.

(Bloomberg) — President Donald Trump said the U.S. “immediately destroyed” an Iranian drone that approached the USS Boxer near the Strait of Hormuz, the latest sign of escalating military tensions around the critical oil chokepoint.

The drone was a threat to the ship and its crew, Trump said at the White House on Thursday. The president said he’s calling “on other nations to protect their ships as they go through the Strait.” The Boxer is an amphibious assault ship.

“The Boxer took defensive action against an Iranian drone which had closed into a very, very near distance — approximately 1,000 yards, ignoring multiple calls to stand down and was threatening the safety of the ship and the ship’s crew,” Trump said.

Oil futures in New York clawed back a bit of the day’s 2.6% loss, climbing 34 cents a barrel after the announcement.

Pentagon spokesman Jonathan Hoffman said in a statement that at 10 a.m. local time the Boxer “was in international waters conducting a planned inbound transit of the Strait of Hormuz” when a drone “closed within a threatening range” and “the ship took defensive action.”

The confrontation comes as tensions between Washington and Tehran remain high over a spate of attacks on cargo ships, the downing of an American drone and the British seizure of a tanker carrying Iranian oil.

Earlier in the day, the U.S. condemned Iranian naval activity in the Persian Gulf and demanded that the Islamic Republic release a small tanker and its crew that its forces seized this week. A State Department official who asked not to be identified discussing the issue cited the Islamic Revolutionary Guard Corps’ “continued harassment” of vessels in and around the Strait.

Iranian Foreign Minister Mohammad Javad Zarif said in an interview with Bloomberg News on Wednesday that said his country is capable of shutting the Strait of Hormuz, but doesn’t want to.

“We certainly have the ability to do it, but we certainly don’t want to do it because the Strait of Hormuz and the Persian Gulf are our lifeline,” Zarif said in New York. “It has to be secured. We play a big role in securing it, but it has to be secure for everybody.”

About one-third of the world’s seaborne crude and fuels passed through the Strait of Hormuz last year, highlighting its key role in global oil markets. In May and June, six tankers were attacked in the region. While Iran has been blamed for attacks on merchant shipping, it has denied responsibility.

“It’s dangerous because it is very crowded,” Zarif said, adding that the last time the area was this crowded, the U.S. shot down an Iranian commercial airliner with 290 passengers in 1988. “We feel the danger and that is why we want to avoid a dangerous escalation, but we cannot give up defending our country.”

–With assistance from Justin Sink.

Jennifer Jacobs in Washington at jjacobs68@bloomberg.net;

Josh Wingrove in Washington at jwingrove4@bloomberg.net