Guaido Asks US Judge to Protect PDVSA Board Picks  | Rigzone 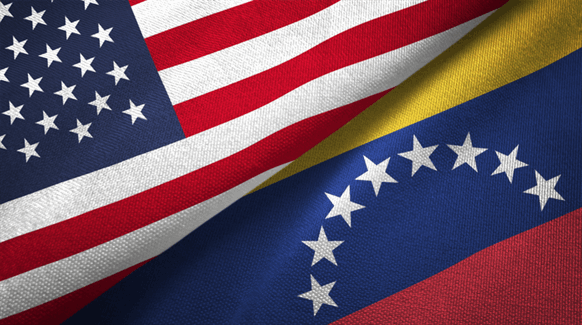 Venezuela’s opposition leader is asking a court in Delaware to protect his board appointments to the government-owned company that runs one of the biggest U.S. refiners.

(Bloomberg) — Venezuela’s opposition leader is asking a court in Delaware to protect his board appointments to the government-owned company that runs one of the biggest U.S. refiners, Citgo Petroleum Corp.

Houston-based Citgo is the biggest asset of Petróleos de Venezuela SA, and the company has become a target of a bitter and chaotic leadership dispute in the South American country. Juan Guaido was tapped to be president by Venezuela’s National Assembly but he has failed to wrest power from Nicolas Maduro.

Guaido, who appointed new directors to PDVSA, on Thursday asked Delaware Chancery Judge to reject a bid by Maduro to replace them with his own candidates. The nation’s oil industry was one of the world’s largest before the economy collapsed and thousands began fleeing the country.

Since U.S. President Donald Trump declared Guaido as Venezuela’s legitimate president for purposes of U.S. law, that vested him with the power to appoint the directors and Maduro has no legal grounds for challenging them, Ken Nachbar, one of Guaido’s lawyers, told McCormick. The judge said she’d rule later on the issue.

Maduro’s attorneys are trying to “throw up enough dust” to obscure the clarity of U.S. Supreme Court cases certifying Trump’s authority to recognize foreign governments, Nachbar said. McCormick should defer to the executive branch on the issue, he said.

Venezuela is mired in its worst recession, following years of Maduro’s economic policies coupled with a collapse in the country’s all-important oil industry. Venezuelan officials are scrambling to keep their hands on Citgo to help alleviate the country’s economic ills.

PDVSA counts on Citgo’s U.S. reﬁneries to handle Venezuelan crude that translates into desperately needed hard currency. Creditors have sued around the world seeking to seize control of the the refiner to satisfy their debts.

U.S. sanctions against Maduro’s authoritarian regime have largely isolated Venezuela from the global financial system and hampered financing. In response, the Venezuelan government has stepped up sales of gold to firms in places such as the United Arab Emirates and Turkey.

Guaido, head of the country’s National Assembly, and Maduro, who has the support of the Venezuelan Army, have held talks in Oslo, Norway, seeking to resolve the crisis. The latest round of negotiations were scheduled to take place earlier this month in the Caribbean country of Barbados.

Maduro’s lawyers argued he is still the de facto ruler of Venezuela, so he has the power to name directors to the state-owned oil company. Maduro has turned to Russia and Iran for support in the face of American sanctions.

In their suit challenging Guaido’s board candidates, Maduro’s lawyers argued even though the National Assembly issued a resolution authorizing Guaido to clean house among PDVSA’s board, Venezuela’s Constitutional Court struck down the statute as unconstitutional.

“Under Venezuelan law, the decision is binding, final, and unappealable,” Maduro’s board designees said in the chancery court suit, filed in June.

More than 50 other countries have recognized Guaido as Venezuela’s rightful leader and a handful of U.S. courts have recognized Guaido’s sole authority to represent Venezuela in American litigation. None have ruled on whether Guaido’s slate of directors legitimately controls PDVSA’s U.S. subsidiaries. In May, the Guaido directors approved a $71 million payment on PDVSA’s 2020 bonds, which are backed by Citgo sharees.

–With assistance from Bob Van Voris.

Oil Prices Down for the Week  | Rigzone