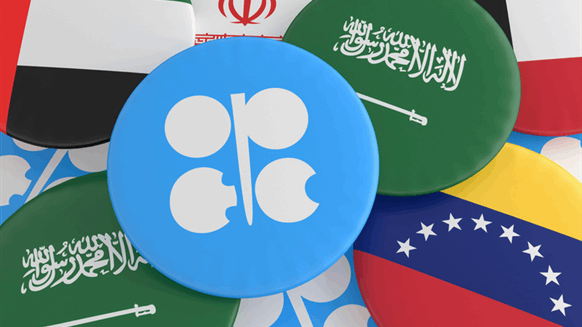 Oil edged higher as Saudi Arabia reportedly signaled that OPEC and its allies could extend supply curbs to the end of the year.

(Bloomberg) — Oil edged higher, trading near $64 a barrel in New York, as Saudi Arabia reportedly signaled that OPEC and its allies could extend supply curbs to the end of the year.

West Texas Intermediate futures added 1.1 percent. Saudi Energy Minister Khalid Al-Falih said that the Organization of Petroleum Exporting Countries and its partners remain focused on reducing oil inventories, according to an interview by RIA Novosti published on Tuesday. Last week U.S. President Donald Trump said Saudi Arabia and others had agreed to raise production while he tightens sanctions on Iran.

Oil climbed to a six-month high last week after the White House announced tougher measures to choke off exports from Iran, ending a series of waivers that currently shields some buyers of Iran crude from American sanctions. While the Saudis pledged to assist any customers lacking supplies, the kingdom also remains committed to a pact with Russia and other producers to keep a lid on output.

“In our opinion, OPEC+ will extend its cooperation and supply management for the remainder of 2019,” said Harry Tchilinguirian, head of commodity markets strategy at BNP Paribas SA in London.

WTI for June delivery rose 72 cents to $64.22 a barrel on the New York Mercantile Exchange as of 10:40 a.m. in London. The contract closed 0.3 percent higher on Monday, snapping a three-session drop.

Brent for June settlement, which expires Tuesday, gained 85 cents to $72.89 a barrel on the London-based ICE Futures Europe exchange. The contract, which slipped 0.2 percent on Monday, was at a premium of $8.37 to WTI. The more-active July contract added 74 cents.

The producers’ group will try to reduce commercial inventories and focus on “global oil output, trying to correct it via our OPEC+ agreement, maybe from July to the end of the year,” Al-Falih told RIA in Riyadh. Most ministers involved in the current cuts agreement favor an extension, he said.

Saudi Arabia is facing a tricky task to balance the market at it needs to revive its economy, while trying to placate Trump, who wants lower prices. International Monetary Fund data show the kingdom needs crude at about $85 a barrel — well above current levels — to balance its budget this year.

The global demand outlook is also still uncertain. The next round of U.S.-China trade talks got underway in Beijing on Tuesday, with significant issues between the two sides still unresolved.